Off the Radar - Insights from Stealth Creative 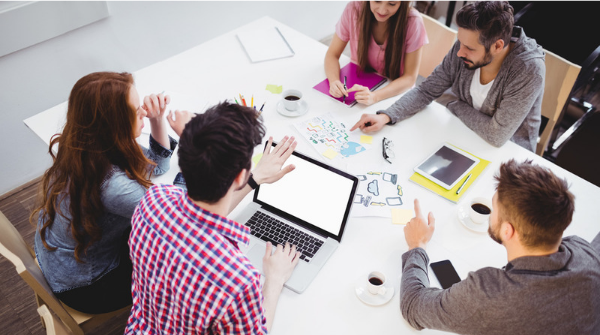 To Meet or Not to Meet?

That is the question… Ah, meetings – often, a necessary evil. And when handled properly, they can be extremely effective in accomplishing business objectives, moving projects forward and opening lines of communication.

But when handled poorly, they quickly become the bane of our ‘working’ existence.

It’s 9:55 a.m., and a crucial meeting starts in five minutes. You grab your notebook, tablet, laptop or whatever tool you use to take notes, and head off to the meeting room. It’s pitch black. You’re the first to arrive. You sigh, roll your eyes, and head into the room, flipping on the lights and dialing into the screen-share conference call.

At 10:10 a.m., people start rolling into the meeting room. Finally, the meeting can begin. But, one of the necessary attendees still hasn’t arrived. Everyone decides to proceed, as it’s already well after the start time of the meeting.

You’re 10 minutes into the agenda (oh wait…do you have an agenda?), and that necessary attendee walks in, interrupting, and asking: What’d I miss? 🙄

Not wanting to be rude, the meeting organizer reviews what’s already been discussed, putting the entire meeting behind by yet another five minutes – and wasting the time of those who already had this discussion.

Once caught up, the meeting continues, random things are discussed in no particular order, and the meeting ends with people mostly in agreement on what was shared/talked about. Everyone heads back to their desk to continue with their day.

So…what’s wrong with this scenario? 🤔 A lot.

How to Run an Effective, Efficient and Fun Meeting

Let’s talk about how to avoid the late-starting, chaotic meeting outlined above with these six steps, which we've also worked into an infographic.

So what do you think? To meet or not to meet?

The next time you conduct a meeting, you’ll be able to put these six steps into place to start holding efficient, effective and fun meetings at your workplace. And you’ll be amazed at how much more you get accomplished in less time, which is a win-win for all attendees – and for your business.

As always stay tuned until the next time we go Off the Radar. Want to be notified any time Stealth posts a new article? Sign-up by entering your email on the right-hand, top-side of the page.

Social Distancing: The Next Big Thing in Advertising
Puddle Jumping With Mindy: It’s the Happiest Time of the Year!
Heads in Beds: The Stealth Way
7 Questions with Lisa Smith
6 Reasons Your Company Should Use Direct Mail

Interested in what Stealth can do for you?
Drop us a line, and let’s do big things.

Tell Us How We Can Help Your Business